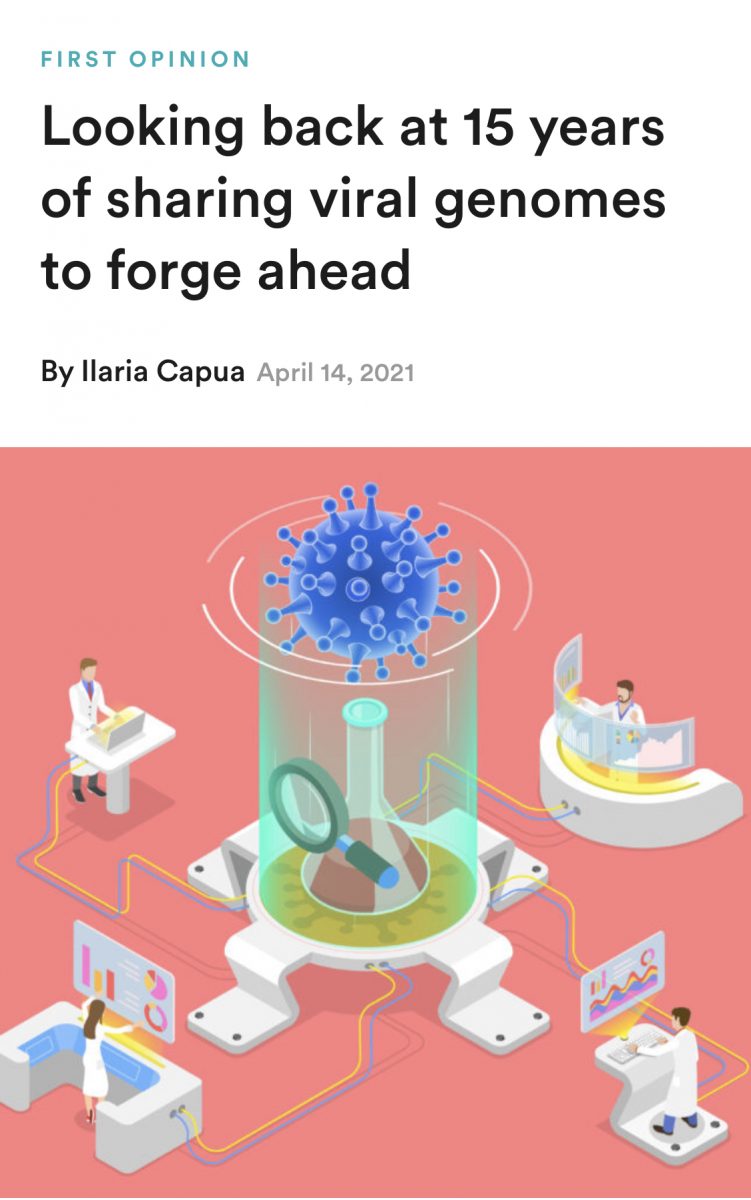 Anniversaries represent an opportunity for revisiting the past to make a leap forward. I’m using a 15-year anniversary of an act of scientific rebellion that changed my life — and affected the lives of many others — to look beyond Covid-19.

In March 2006, Europe and other parts of the world were threatened by H5N1, the so-called bird flu virus. As a virologist working in Italy on viruses of pandemic potential, I ignited an animated international debate by refusing to send the sequence of the H5N1 viral genome to a password-protected database, but made it publicly available instead. And I urged my colleagues the world over to do the same.

I believed then, as I do now, that sharing the sequences of viral genomes will accelerate research about these highly prevalent and adaptable organisms, and help us fight them if necessary.

My call to action was endorsed by international organizations such as OIE (now called the World Organisation for Animal Health), the United Nations’ Food and Agriculture Organization, and the World Health Organization, though it took a very dark turn. Sharing the sequences of viral genomes has since become standard practice.

Why is this relevant today? Because on Jan. 10, 2020, just days after the outside world began learning of a mysterious pneumonia outbreak in China, the sequence of the novel coronavirus causing the disease was made available to the scientific community worldwide. Since then, hundreds of thousands of sequences of SARS-CoV-2 have been, and continue to be, hosted in publicly available databases. This open sharing has made it possible for scientists to respond rapidly to the diagnostic and immunization challenges that a pandemic requires.